Since the release of its Zapier-powered integration library and subsequent co-marketing campaigns, Typeform has seen:

After collaborating with Zapier on a number of co-marketing campaigns—such as a webinar, blog posts, and emails, Typeform saw a 32 percent increase in daily sign-ups driven by Zapier. Today, about one in three Typeform customers use Zapier.

Typeform knows that when their users also use Zapier, they’re 50 percent more likely to upgrade to a paid (or higher-tier paid) account in their lifetime. Additionally, Zapier customers generate 15 percent higher ARPA (average revenue per account) on average than other Typeform customers.

Typeform encourages its users to try Zapier at multiple points in the customer journey, including:

Typeform customers who also use Zapier are less than half as likely to churn after 30 days versus customers who don’t use Zapier. To encourage more users to explore Zapier, Typeform brings Zapier into their product UI. 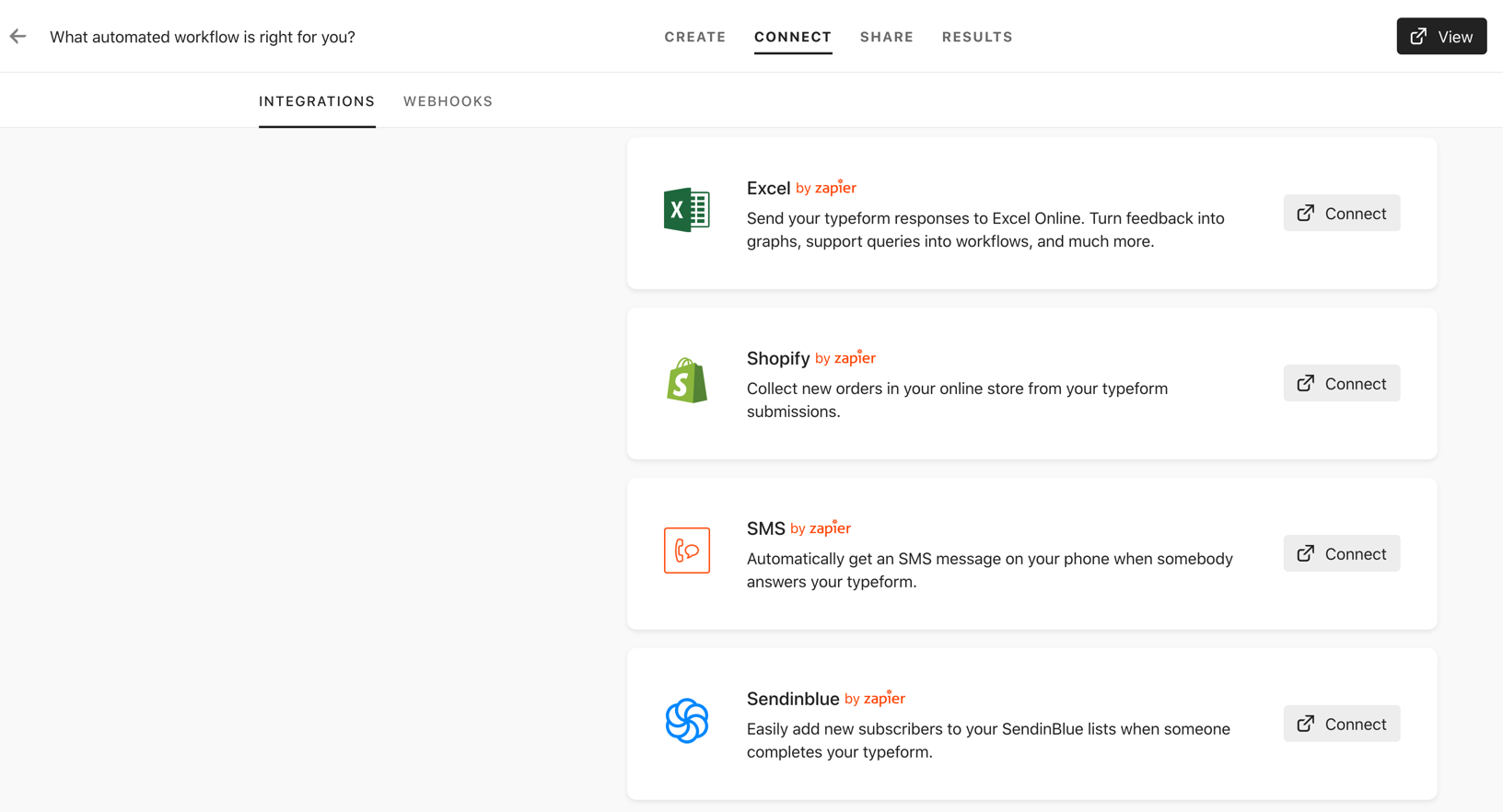 In Typeform’s in-product “Connect Your Form” tab, they contextually surface the names, logos, and descriptions of the most popularly paired apps—powered by Zapier. The “Connect” buttons take the user directly to a pre-built Zap—called a Zap template—that they can set up with just a few clicks. They also link to Zapier’s full list of connected apps for users that can’t find the app they want from the most popular options.

After making Zapier easier to find in their product, Typeform saw a 16 percent increase in Zapier adoption across all users. Additionally, Typeform and Zapier have continued to cultivate a deep product partnership and collaborate on co-marketing activities, which has also resulted in more of the kinds of users Typeform values most: users who use Typeform as the solution to multiple challenges and who keep coming back to build new forms, surveys, and quizzes.

Explore how you could succeed with Zapier like Typeform did. Get in touch with us at partners@zapier.com.